Born in 1968 as Antonio Hardy, Big Daddy Kane grew up in Brooklyn, New York and began his hip hop music career in 1984. Along with his friend Biz Markie, he joined the group Juice Crew and began writing his own lyrics and beats to his songs. The group was based out of Queens and headed by music producer Marley Mari. By 1987, Big Daddy Kane had signed with Cold Chillin’ Records and soon released a single called “Raw.” Despite having asthma, Kane is renowned for his rapid rapping style. Many people are amazed at the speed of which he can rap his lyrics.

In 1988, he released his first solo album, which was called “Long Live the Kane.” He chose “Ain’t No Half Steppin’” as the album’s lead single, which hit the number 53 spot on the Billboard charts. The next year, he released his album “It’s a Big Daddy Thing,” which featured a retro 1970s musical style. This album remains one of his most artistic and financial successes to date. Critics say that it introduced him to audiences on a larger scale and gave people an idea of what kind of performer he truly is.

The 1990s saw Big Daddy Kane collaborate with notable artists like Patti LaBelle and Jay-Z. He worked on the soundtrack for the movie “Juice,” and also infamously posed for Madonna’s book called “Sex.” This decade also saw Kane begin his acting career as he appeared in films like “Posse” and “Meteor Man.” He played an important role in what music critics call the Golden Age of Hip Hop, in fact. Before he died, Tupac Shakur frequently worked with Big Daddy Kane, most notably on the collaborative song “Too Late Playa.” This decade helped propel Kane to a new level of success in the industry, building a net worth of $400,000, and also played a major role in why he is now called one of the most influential MCs of all time.

How Much Is Big Daddy Kane Worth Now? 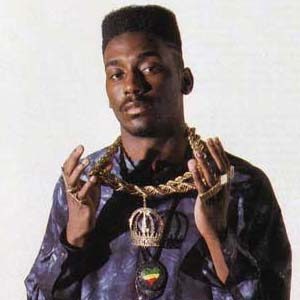 As the new millennium began, Big Daddy Kane did not stop making music or entertain the idea of retiring. In fact, he contributed to his Big Daddy Kane net worth of $400,000 by undertaking projects like appearing in Tony Touch’s mixtape “The Piece Maker.” He also remained a role model for up-and-coming acts like Jurassic 5, A Tribe Called Quest, Little Brother, and DJ Babu. When he was not guiding new artists in their own musical endeavors, he continued to release his own singles, such as “The Man, The Icon” and “Any Type of Way.”

As video games rose to a new level of popularity, Big Daddy Kane lent his talent to the soundtrack for the game Grand Theft Auto: San Andreas. His song “Warm It Up, Kane” can be found in that game, in fact. In 2005, he was honored by VH1 and serenaded by a group of fellow hip hop stars like T.I., Common, and Black Thought, who sang a selection of his songs during the ceremony. He also took the stage to wow the audience, backed up by dancers who regularly perform with him on tour.

He continues to make his own music and hold onto his legacy of being one of the best MCs of his generation, if not of all time. Kane gladly contributes to soundtracks for video games, most recently accepting a role on the game “Game’s Pain.” He likewise collaborates with artists like Jay-Z and Busta Rhymes in making new music and remixes of classic songs. His last album was released in 2013 and was made available for sale on Amazon and iTunes.