Nicknamed after the NFL player George “Buster” Rhymes, Busta Rhymes has been in the rap and hip hop music industry since 1989. He counts as his contemporaries fellow rappers like Jay-Z and Chuck D. He is a practicing Muslim and gives credit to his religious faith for his professional and financial success. With close to 20 years of experience in writing, recording, and making music, he has a Busta Rhymes net worth that is estimated to be $20 million. Along with rapping, he also acts in films and produces music for other hip hop and rap stars.

Born in 1972 in Brooklyn, Busta Rhymes, whose birth name is Trevor Smith, Jr., went to high school with Jay-Z, DMX, and the Notorious B.I.G. In 1989, he, along with fellow rappers like Charlie Brown and Cut Monitor Milo, formed a group that was called Leaders of the New School. They opened for other rap acts like Public Enemy and also released their own music. Their album A Future without a Past was released under the Elektra Records label. However, despite the group’s success, Busta Rhymes became its breakout star and rose to his own level of recognition and success among his fan base.

In 1992, he began appearing on other rappers’ albums, collaborating on songs that helped establish him as a viable solo act. His debut album, The Coming, was released in 1996 to much acclaim, solidifying his place in the hip hop and rap industry. Since then, he has gone on to record seven more solo albums, all of which have been well received by his fans and critics. His net worth continues to grow because of his musical prowess. However, in addition to making his own music, he has also expanded his career to become a record producer in his own right. He has lent his talent to help up and coming rap stars gain their own level of success in the music industry.

How Much Is Busta Rhymes Worth Now? 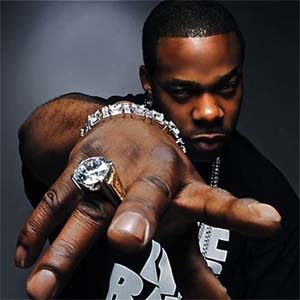 His Busta Rhymes net worth of $20 million has also been built in part through his acting endeavors. In fact, his IMDB.com profile shows that he has 17 acting credits to his name. He appeared first in the 1993 film Who’s the Man as the character Jawaan. He then went on to star the 2000 film Shaft, as well as the movie Finding Forrester that same year. His most recent films include Full Clip, released in 2006, Breaking Point, made in 2009, and The Unforgiven, which hit the big screen in 2011. He has also done voice over work for movies like The Rugrats, voicing the Raptor, and video games like Dude…We’re Going to Rio and Def Jam Fight for NY.

However, in addition to acting and doing voice over roles, Rhymes also contributed to creating soundtracks for numerous films, video games, and TV shows. He is credited with helping on soundtracks for Madden NFL 15, a video game that was released in 2014, as well as Rio 2, a movie that likewise was created in 2014. He has performed on the popular dance TV series So You Think You Can Dance Canada, appearing in eight episodes from 2008 to 2011.

Rhymes has become so influential with his status in the acting and music arenas that he has actually been called into help his fellow performers. He was the composer for the video Pimpin’ 101 and also directed Hype Williams: The Video, Volume 1. He continues to be an in-demand performer and is likely going to keep adding to his net worth through endeavors such as these.