Hip hop recording artist and actress Eve set her sights on making music in high school. Born in 1978 in Philadelphia, she began focusing on becoming a legitimate performer by forming her own hip hop groups and writing music well before she graduated from school. She also gained experience by joining her school’s choir and by allowing a manager to help guide her and her group mates during their earliest attempts to gain recognition in the industry. Her efforts paid off in 1999 when Prince invited her to appear on his album “Rave Un2 The Joy Fantastic.” Since then, she has gone on to build a net worth that is estimated at $8 million. She regularly collaborates with friend and fellow hip hop star Gwen Stefani.

In 1998, Eve signed with Aftermath Entertainment, a label established by Dr. Dre. Under this label, she collaborated with acts like DMX and Ruff Ryders. Singles like “What Ya Want” attracted widespread attention and helped her garner fans from around the world. She soon released a debut album called “Let There Be Eve…Ruff Ryder’s First Lady,” which sold more than two million copies and was certified double platinum. It made her a household name in the hip hop industry and gave her ammunition to launch her now successful career as a female hip hop artist.

Her next album, “Scorpion,” was released in 2001 and featured her singing more than rapping. She noted in interviews that she grew up singing and wanted fans to hear what she sounded like singing rather than rapping out the lyrics to her songs. This album likewise did well on the charts and won over her musical critics. That year, she won a Grammy for Best Rap/Sung Collaboration for her song “Let Me Blow Ya Mind,” which featured Gwen Stefani, who at the time was a part of the group No Doubt.

How Much Is Eve Worth Now? 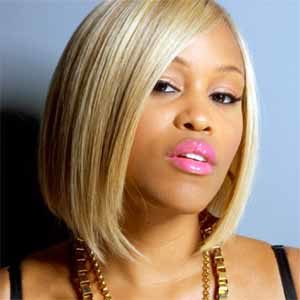 Her Eve net worth of $8 million also comprises her earnings from albums “Eve-Olution” and “Lip Lock.” During the early 2000s, Eve regularly collaborated with artists like Alicia Keys, Keyshia Cole, Kelly Rowland, Lil’ Jon, and Paradiso Girls. Of course, she continued to sing with her friend and fellow hip hop star Gwen Stefani, most notably on the song “Rich Girl.” In addition to making music and touring, Eve began acting in films during this decade as well. She added to her net worth by becoming a serious actress and gaining roles in several movies that did well at the box office.

For her acting and musical endeavors, she has numerous awards to her credit. She most recently won the MCP’s MajorIndie Award in 2013. She continues to act and has signed onto several new films that will be released in 2015 and 2016. She lent her talent to the popular teen TV show “Glee” and had a guest-starring role as a glee club coach at a rival school. Most recently, she got married to her boyfriend Maximillian Cooper. They got married in Spain and became first-time parents shortly before their marriage.