Ice Cube, born O’Shea Jackson in South Central Los Angeles in 1969, stands out as one of the leading rap stars who have successfully crossed over into acting. His interest in becoming a rap artist began while he was still in high school. In fact, he composed raps in his keyboarding class, perfecting a skill that would help launch him to the stardom he enjoys today. He has an Ice Cube net worth of $140 million, making him a one of the most bankable stars in both music and film today.

Shortly after graduating high school, he and friend Sir Jinx formed a group called the C.I.A. They performed at parties hosted by hip hop icon Dr. Dre, a move that helped bring Ice Cube to the rap music industry’s attention. Acting on his passion for creating new music, he wrote the lyrics the song “Boyz-in the Hood” and soon became a member of the group N.W.A. N.W.A. enjoyed critical and commercial success in its own right. However, he did not get along with the manager of the group and decided to embark on his solo career.

Ice Cube’s debut album was released in 1990 and entitled AmeriKKKa’s Most Wanted. It is his most successful album to date and almost immediately rose to the top of the charts. His lyrical style, although popular with his fans, has met with widespread disdain among his harshest critics. They argue that his songs are full of hatred for women and feature racist attitudes toward other races. However, in his early solo career, he combated this image by hiring a female rapper to head up his record label and even helped this performer, known professionally as Yo-Yo, create and release her own debut album. Ice Cube has released nine solo albums and has built a solid reputation on being a prominent and respected rap performer.

How Much Is Ice Cube Worth Now? 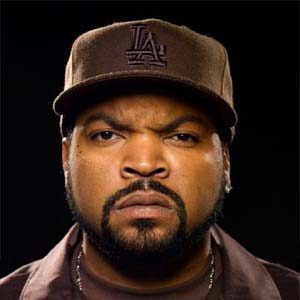 Along with the Ice Cube net worth of $140 million being created in part by his success in music, Ice Cube’s fortune also consists of his earnings from his acting and film writing endeavors. He broke into acting in 1992, portraying the character Doughboy in the film Boyz n the Hood. Movie critics noted that he gave a solid and convincing performance in that film. He went on to appear in two films in 1992, Trespass and The Glass Shield. His acting proved to be a stepping stone into screenwriting. In fact, with the encouragement of John Singleton, Ice Cube began writing screenplays.

His writing prowess likewise paid off when he wrote, starred in, and released his first cinematic creation, the movie Friday. The comedy enjoyed widespread success all over the world and reaped $28 million in ticket sales. He followed this movie with two sequels, Next Friday and Friday After Next. He and Singleton collaborated together on the movie Higher Learning in which he portrayed the character Fudge. Some of his other noteworthy movies include 1997’s Dangerous Ground, The Players Club in 1998, and Three Kings, which also starred George Clooney and Mark Wahlberg.

Married with four children of his own, Ice Cube has also shown a softer side to his acting and music. He received props for his appearance on Sesame Street, alongside the Muppet Elmo. He also created a line of sweatshirts under his fashion label, Solo by Cube. The sweatshirts have built-in headphones in the strings of the hood. He is a celebrity endorser of Coors Light and St. Ides malt liquor. His acting, screenwriting, and endorsements of these beverages help him maintain a net worth that is among the highest of performers in the hip hop and rap industries.