Rapper, actor, and producer The Game, born Jayceon Terrell Taylor, overcame indescribable odds to become an up-an-coming hip hop and rap star. He was born into a gang-ridden family in Los Angeles. Both his mother and father belonged to the notoriously violent street gang The Crips, and both parents actively partook in drive-by shootings and other criminal activities that inevitably led to Taylor’s own involvement in gangs later.

He has gone on record as saying that he witnessed horrific crimes during his childhood, notwithstanding the molestation of one of his sisters by his own father. He lost a brother to gangland violence and also experienced the violent deaths of schoolmates and friends, often for no other reason than the shooters wanted to steal his friends’ clothing and shoes. He also survived being shot multiple times, an act that convinced him to break away from gangs and start his hip hop career. His own grandmother gave him the nickname The Game, a moniker that he would use to launch his professional recording career. He once counted as his mentor the rapper 50 Cent, although the two are now engaged in a feud.

Dedicating his current career to helping West Coast rap and hip hop make a successful comeback, The Game has built a Jayceon Terrell Taylor net worth that stands at $22 million. He and his brother Big Fase 100, founded their own record label, which is called The Black Wall Street Records. He is signed with Blood Money Entertainment, having been formerly signed to labels Cash Money Records, Aftermath, and Geffen Records, among others. He released his first solo album in 2004 and called it The Documentary. It debuted at number one on the Billboard 200. His single from the album, “Hate It or Love It” brought him two Grammy nominations that same year.

How Much Is Jayceon Terrell Taylor Worth Now? 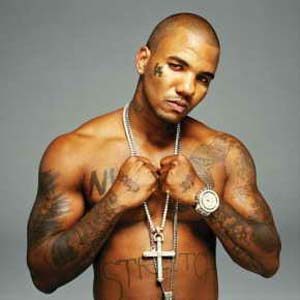 His Jayceon Terrell Taylor net worth of $22 million continues to grow with his present-day acting and recording endeavors. He has appeared in TV programs like Change of Heart, a dating show. His romantic partner broke up with him on the program, stating that he was trying to act too macho despite being really sensitive away from the cameras. He also appeared in the 2006 movie Waist Deep, portraying a character whose name was Big Meat. He has two more films in production that should be released in the coming year.

In addition to acting on TV and in movies, he lends his voiceover talent to video games like the Grand Theft Auto series. He voiced a character named B-Dup in the San Andreas version of the game. As a one-time collegiate basketball player, The Game has a love for the sport and invested in the Inglewood Cobras before the team disbanded. He also adds to his net worth with his shoe line, which is called The Hurricanes. After the devastation of Hurricane Katrina, he donated a portion of the shoe’s sales to the disaster relief efforts.

Now the father of three children, Taylor continues to perform, record, and make music. He released a compilation album under his label in 2013. He is also working on his sixth album, collaborating with industry greats Dr. Dre, Scott Blaze, and Just Blaze. It is rumored as well that Nicki Minaj will also make an appearance on the album. He has to date an impressive number of professional awards to his credit. His honors in the industry include winning the Ozone Award in 2007 for best rap album and being nominated in 2006 for a Grammy for “Love It or Hate It.”