Lauryn Hill grew up in a musically gifted family in South Orange, New Jersey. Her father sung in local nightclubs, and Hill has stated in interviews that her house was always full of music during her childhood. This musical influence contributed to her own talent, which became obvious by the time she was in middle school. When she was in middle school, she was invited to sing the national anthem before one of her school’s games. Her rendition became a local hit and was recorded and used by other schools in the area for their sporting events.

In high school, she met Wyclef Jean, whose cousin invited Hill to become a part of a musical group that they were forming. The group went on to name itself The Fugees and released a debut album, entitled Blunted on Reality, in 1994. It was a commercial and artistic failure, which almost caused the group to break up and go their own separate ways. However, they continued with their recording and released a second album, The Score, which landed on the Billboard 200 chart. This successful album gave The Fugees the confidence the group needed to forge ahead professionally.

However, by 1997 Hill began working on her own solo album, which was called The Miseducation of Lauryn Hill. It hit the market in 1998 and became an instant success. It debuted at number one on the Billboard 200 and garnered rave reviews from music industry critics. She would go on that year to win five Grammy Awards, including one for Best New Artist and Album of the Year. Shortly after the release of her debut album, Hill began appearing on magazine covers and making more TV appearances to promote her singing career. She also went on to become a mother to six children with partner Rohan Marley, son of the iconic reggae singer Bob Marley. Her career has helped her earn a Lauryn Hill net worth of $2 million.

How Much Is Lauryn Hill Worth Now? 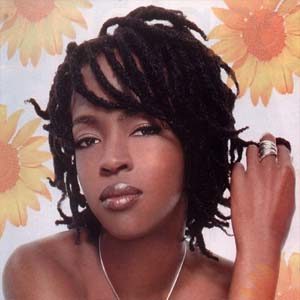 Despite having a Lauryn Hill net worth of $2 million, she grew tired of the industry that had launched her to fame and fortune. She stopped performing and making appearances in 2000, noting that she had become disillusioned with the politics and the trappings of the recording arena. She instead began focusing her efforts on raising her family and also exploring her religious faith. She famously fired her managers and began going to Bible study classes, a move that had some questioning her reasons for doing so.

Even during her time away from the music scene, however, Hill still wrote music and recorded songs on a smaller scale. Any new creations that she unveiled during that time was before smaller audiences and certainly not on the same level that had earned her the rave reviews and made her a late 1990s household name. Instead, the songs that she wrote were more introspective and spiritual in nature. She lent her talent to 2004’s “Passion of the Christ: Songs,” which was remixed later by John Legend. During her self-imposed time away from the mainstream recording industry, she made halfhearted attempts to tour. During a 2009 European tour, she only performed two songs before falling ill on stage. The rest of the tour was soon canceled.

Her net worth has additionally not helped her escape legal troubles. She was arrested in 2012 for tax evasion. She served a sentence of three months before being released. Her most recent professional endeavors include narrating a Swedish documentary and appearing at a musical festival, during which she showed up late for her scheduled performances.