Born Melissa Arnette Elliot in 1971, Missy Elliot grew up in Portsmouth, Virginia and had a passion for music and performing by the time she turned four years of age. As precocious and talented as she was in her childhood, Elliot also had to face turbulent family moments when her father, who was a Marine, would abuse her mother. She and her mother were finally able to escape the family home and the domestic violence that had hallmarked much of her early life. By the time she was in her early 20s, Elliot decided to pursue her musical dreams in earnest, forming a group called Fayze, which consisted of her friends from the neighborhood, including one young man who would later be renamed Timbaland, the famous music producer and hip hop artist.

Elliot’s group Fayze performed covers of songs made famous by other artists and groups, particularly Jodeci. Jodeci member Devante Swing helped Elliot break into the music business by having her write songs for artists like Raven-Symone and Jodeci itself. She and her group were signed to Elektra Records, which renamed the group Sista. In 1996, however, Elliot began her solo career when she collaborated with the likes of Sean Combs, MC Lyte, and New Edition.

In 1997, she released her debut album, Supa Dupa Fly, which was certified platinum after being well received by her fans and critics alike. She followed her debut record with another album in 1999, called Da Real World. This second release went on to sell 1.5 million copies domestically and 3 million copies worldwide. She went on to release five more albums, all of which have enjoyed commercial success. Recognized now as one of the powerhouses of hip hop music, she has a Missy Elliot net worth of $50 million.

How Much Is Missy Elliot Worth Now? 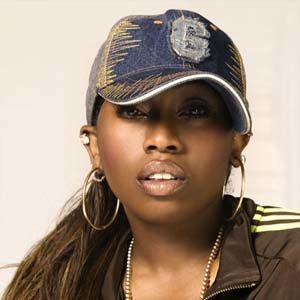 The Missy Elliot net worth of $50 million has allowed her to take some time off recently to take care of her health. In fact, she was forced to step away from her career because of the side effects she was experiencing from Graves disease, a thyroid condition that left her debilitated and unable to even lift a pen to write music. Nonetheless, she has stated recently in an interview that she would like to regain her career and go back to writing and performing. She went on a world tour in 2010 that took her to Europe, Australia, Asia, and Africa. She also regularly appears on awards shows, often alongside her longtime musical partner and friend Timbaland.

She also contributes to her net worth by collaborating with fellow artists. In fact, she has performed with Katy Perry, Demi Lovato, and J. Cole, often contributing to the composition of her fellow artists’ songs as well. The artist Monica relies on Elliot to produce her songs; she also helped singer Sharaya J release two songs that contributed to this newcomer’s introduction to mainstream hip hop.

Residing now in New York City, Elliot has now returned to focusing on her own career. She announced that she is in the works of creating her eighth studio album, although its release date has yet to be determined. She also commented on the speculation that a movie about her life is in the creative stages of development. Robert De Niro and Jane Rosenthal are said to be the primary developers of the film. Elliot will not appear in the movie, nor will her friend Timbaland. While this speculation has been ongoing since 2005, the film has yet to be officially created. Until then, Elliot continues to focus on making new music and going back to the stage to entertain her fans.