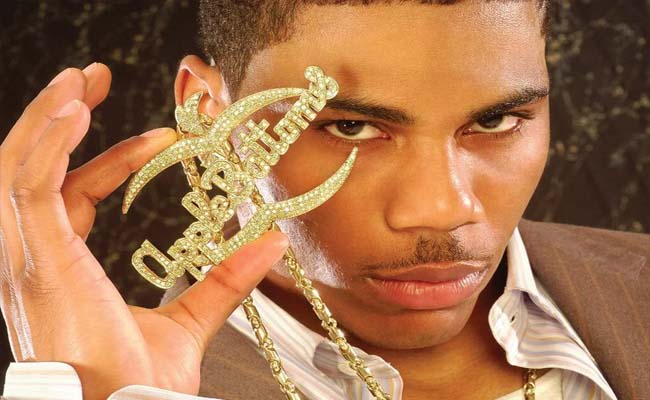 With six albums to his professional credit, Nelly stands out as one of the most recognizable names in hip hop music today. He was born in Austin, Texas in 1974 where his father served in the Army. After his parents’ divorce when he was seven, Nelly, born Cornell Haynes, Jr., moved to the St. Louis area with his mother. It was while he was in high school in St. Louis that he formed his first musical group, St. Lunatics, and began his first forays into hip hop. The group released a single called “Gimme What Ya Got,” which enjoyed widespread popularity in the local area. After high school, however, Nelly left the group and began his solo career as a recording artist.

In 2000, he released his debut album, Country Grammar, to immediate critical and financial success. The title track made it to number one spot on the charts, with the album itself reaching a pinnacle at the number three position on Billboard 200. After the success of Country Grammar, Nelly went on to release other singles like “E.I.,” “Rid Wit Me,” and “Batter Up,” which featured his St. Lunatic group mates. Country Grammar was certified platinum in April 2004.

Since his debut success in 2000, Nelly has gone on to release six more albums, all of which have met with their own degrees of financial and artistic acclaim. He has built a Nelly net worth that right now is estimated to be more than $60 million, making him one of the most commercially successful acts in hip hop and rap. He also regularly collaborates with artists in different genres, including country music and pop. In fact, he has gained a significant following among country music fans with his appearance on the single “Cruise,” which is a chart topping song released by the country group Georgia Florida Line. He also appeared in the video for this song, making him likewise a recognizable name in the country music industry.

How Much Is Nelly Worth Now?

Like numerous other hip hop and rap stars, he also adds to his Nelly net worth of $60 million by undertaking projects outside of the music industry. In fact, he is a noteworthy actor, having eight acting credits to his name. He first appeared in the film Snipes as the character Prolifik. He also appeared in the TV series Cedric the Entertainer Presents in 2003. However, when it comes to Nelly’s acting roles, he is perhaps best known for his starring role in the 2005 movie The Longest Yard. He appeared as the character Meggett and received widespread praise for his efforts in this movie. After the success of The Longest Yard, Nelly was cast as the character Terrence Davis in the TV series CSI: NY. He starred in this program from 2008 to 2009.

In addition to his acting, however, Nelly also adds to his net worth through his fashion endeavors. He is the owner of Apple Bottoms, a clothing line for women, as well as Vokal, a clothing line geared toward men. He also collaborated with Nike to create a line of shoes called Air Derrty. After his collaboration with Nike, Nelly then went on to sign with Reebok to create a shoe line for this company as well.

Along with creating fashion clothing and shoe lines, Nelly worked with Fillmore Street Brewery to create an energy drink called Pimp Juice. He has also appeared in commercials for the Got Milk? campaign, as well as starred in commercials for the Ford Motor Company. Given his prowess for music, acting, and business, Nelly’s net worth continues to grow along with his career.