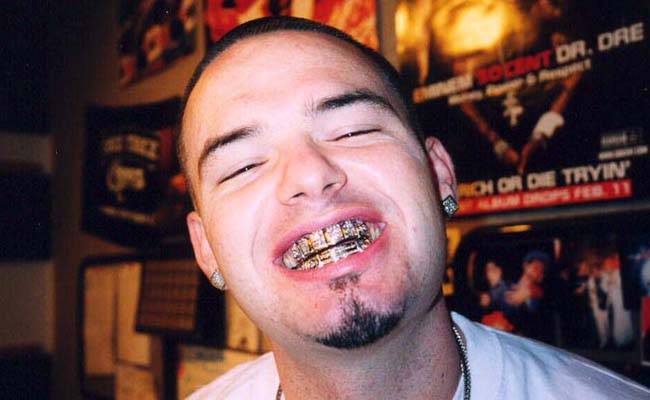 Born Paul Michael Slayton in Houston in 1981, Paul Wall seemed destined at first to join a different career path than a hip hop and rap star. In fact, when he attended college at the University of Houston, he majored in Mass Communications instead of music. Nonetheless, while he was working for the station KBXX, he and a friend, Chamillionaire, began recording and airing self-made mixtapes that received favorable reviews from the public. This early foray into music and performing helped them get signed to KBXX personality Michael Watt’s company Swishahouse. They remained with that label until a few years later when they left to form their own group, The Color Changin’ Click.

As the Color Changin’ Click, Wall and his group mate Chamillionaire signed with Paid in Full Records and released an album, entitled Get Ya Mind Correct, that sold more than 200,000 after its release. This early commercial success helped put the duo on the hip hop industry map and also gave both men the confidence to venture into their own solo careers. As a solo artist, he has built a Paul Wall net worth of $12.5 million. He released his first solo album in 2005 and called it The People’s Champ, an indication of his affinity for making music and performing for the common man.

With his notable chopped and screwed music style, a type of music that is affiliated almost exclusively with the Houston hip hop scene, Wall has gone on to release six more albums, all of which have been met with varying degrees of commercial success. His musical endeavors have brought him into close affiliation with other established acts. He has collaborated with Travis Barker, Mike Jones, and Lil Keke. Wall also has ventured into politics, most notably endorsing Barack Obama in 2008 and 2012. He regularly performs for the troops around the world as well.

How Much Is Paul Wall Worth Now? 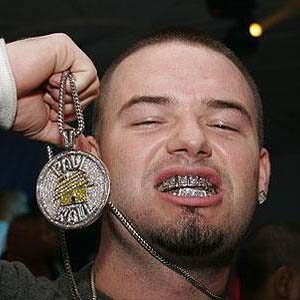 He has also contributed to his Paul Wall net worth of $12.5 million by venturing into acting. In fact, Wall’s first acting role came in 2006 when he appeared on the show The Roaches. He made an appearance in 2007’s video game series Def Jam: Icon and also appeared alongside Ja Rule in the movie Furnace. He continued with his acting roles from 2009 to 2011, taking roles in the films I Hope They Serve Beer in Hell, Xtinction: Predator X, and Cash or Crash.

From 2011 to today, Wall has ventured into the mobile music and gaming industry as well. In fact, in 2011 he partnered with the company Jump Shot Media to help design a game called Battle Rap Stars. He also released another mixtape in 2012 called “No Sleep in Houston” and also created a joint mixtape with the performer Slim Thug, which was released in 2013. Now established as a reliable hip hop star, Wall also formed his own record label, which is called Paul Wall Music Imprint. It was under his own label that he released his seventh album, CheckSeason.

When he first made his way into hip hop music, Wall was notably overweight. However, he took matters into his own hands by undergoing a gastric sleeve procedure, which helped him shed a significant amount of weight. He married his longtime girlfriend and soon had two children, a son and a daughter. He and his wife are also committed to good health and recently released a picture of themselves, with the picture highlighting Wall’s newfound weight loss. In the meantime, he continues to add to his net worth by writing, recording, and promoting his own style of hip hop music.