Newark, New Jersey native Dana Elaine Owens, known worldwide by her stage name Queen Latifah, has enjoyed a long career in hip hop music. She began as an amateur beat boxer for the group Ladies Fresh and went on to become a part of the group Flavor Unit. While performing with Flavor Unit, Queen Latifah caught the eye of Dante Ross, who was worked for Tommy Boy Music. He signed her to the label, and shortly after she released her debut single called “Wrath of My Madness.”

She immediately struck a figurative chord with her audience by rapping and singing about issues with which she had personal experience. Unlike other performers, she did not shy away from focusing on domestic violence, drug use, parental abandonment, and subjugation of women in her songs. Her willingness to focus on topics that were common in her targeted audience, yet not approached by other performers quickly made her a fan favorite. By 2002, she had released four solo albums, each one reaching a critical level of success that solidified her reputation as a leading hip hop powerhouse. She was signed to Motown Records in 1998 and released her fourth album under this label.

From 2003 to 2009, Latifah shifted gears to focus on singing rather than rapping. She was invited to perform at the Hollywood Bowl and was noted for her jazz and blues style. She expanded her talent by also remaking classics like “California Dreaming” and also reached a professional pinnacle by performing with a full orchestra at one of her appearances. For all of her success, she has also enjoyed financial gain by accruing a Queen Latifah net worth that stands at $60 million. She returned to her hip hop and rapping roots in 2010 and continues to make new music.

How Much Is Queen Latifah Worth Now? 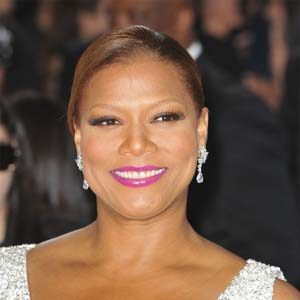 Along with writing, recording, and performing her own music, she has contributed to her Queen Latifah net worth of $60 million by breaking into modeling and acting. In fact, her first role was in the 1991 film Jungle Fever in which she portrayed the character LaShawn. That same year, she appeared several times in the TV series The Fresh Prince of Bel Air, alongside actor Will Smith. Some of her other noteworthy film roles include the 2004 movie Barbershop 2: Back in Business, 2006’s Last Holiday, and 2008’s Mad Money. She also has done considerable voice over work in TV and movie cartoons. Some of her voice over work includes the character Pam Dromeda on Nickelodeon’s Fairly Odd Parents and the character Ellie in Ice Age: The Meltdown.

She likewise earns income through her modeling and cosmetic endorsements. She is the celebrity spokesperson for Cover Girl cosmetics, as well as Curvation underwear. She also has endorsed brands like Pizza Hut and Jenny Craig. In fact, her endorsement of Cover Girl makeup has led to the creation of her own line of cosmetics. The Queen Latifah Collection has proven to be a successful venture for her professionally and financially.

Of course, fans today may know her best for her hosting role on her own TV show, The Queen Latifah Show. On her show, she has focused on human interest stories and hosted numerous noteworthy guests. She won the award for Favorite Talk Show Host at the 40th People’s Choice Awards in 2014. Through all of her professional efforts, Queen Latifah has earned a net worth that makes her one of the most financially successful female acts in hip hop and rap music. She likewise now stands out as one of the most successful actresses of her generation.