Born in Barbados in 1988, Rihanna moved to the U.S. at the age of 16 to pursue her musical career. She was invited to perform for Jay-Z, who was then the CEO of Def Jam Records. Rapper Jay-Z signed her to the label, and she soon was recording her own albums, the first of which was Music of the Sun. From this debut album songs like “Pon de Replay” and “A Girl Like Me” were released and quickly reached the top of the charts. Her early commercial success solidified her status as a legitimate recording artist and helped her build a career in the music industry that endures today.

Her musical endeavors allow her to collaborate with other successful acts in the business, including will.i.am, Timbaland, Beyonce, and Mary J. Blige, among others. She has toured with the Pussycat Dolls on their world tour and has also gone on tour herself to promote her music and brand. Since her rise to fame in 2006, she has won seven Grammy awards, eight AMA awards, 22 Billboard awards, and two Brit awards. As she continues to record music and release albums, she has accrued an impressive Rihanna net worth of $140 million. She is expected to earn even more in the years to come.

In fact, as of 2014 Rihanna is working on her eighth album, which has yet to be named. This album will be released under the Roc Nation label and will feature songs written in collaboration with Kiesza. She is also working with Jeffrey Katzenberg and his Dreamworks company to create music for the soundtrack to the upcoming film Home. She will star in this movie alongside prominent actors Steve Martin and Jennifer Lopez. The film and the soundtrack both are still in production as of late 2014.

How Much Is Rihanna Worth Today? 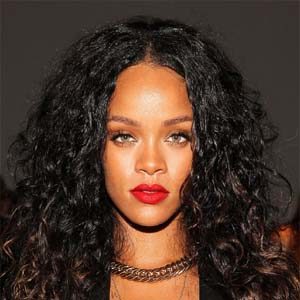 Given her unique beauty and prowess for both making music and acting, it is little wonder that the Rihanna net worth is also made up in part from her modeling and acting work. In fact, she has modeled and appeared in commercials and advertisements for Cover Girl cosmetics, Gucci, Clinique, and Armani. Along with collaborating with these major cosmetic companies, she has also released her own line of perfume. Her first scent was called Reb’l Fleur. Her other fragrances are named Rebelle, Rogue, and Nude. She is currently working on a scent for me, to be called Rogue Man. It was announced recently as well that she has signed to collaborate with French fashion house Balmain.

In fact, a number of her songs are written and recorded to refer to her passion for fashion and cosmetics. Rihanna has released songs like “California King Bed” and “Right Now” in part to serve as background music to commercials for her various fashion and cosmetic campaigns. In February 2013, she released her own fashion line, which debuted in London’s Fashion Week shows held that month. She continues to work closely with the fashion house of Armani on her own clothing designs.

Along with recording music and creating fashion and cosmetic lines, Rihanna also boosts her net worth by appearing in films. She has starred in notable films like Bring It On: All or Nothing, which was released in 2006. She also appeared in 2012’s Battleship, Katy Perry: Part of Me, and This is the End. Rihanna was awarded a role in the 2014 remake of the classic play Annie, as well as the film Home, which is scheduled to be released in 2015. Her role as an actress contributes significantly to her net worth that right now is valued at $140 million.