Born to a teenage mother in 1979, Yelawolf spent most of his childhood in poverty. In fact, because of his mother’s addiction to cocaine, he and his mother moved often, sometimes staying in poor neighborhood and projects. It was during his time in the projects in Nashville that Yelawolf, born Michael Wayne Atha, first came into contact with hip hop music. This genre of music made its mark on the young would-be performer, who by the time he reached his teenage years was resolved to make his own mark on the hip hop industry. He has stated that living in the projects made hip hop music come alive for him, so much so that he now appreciates its cultural influence on him and the world in general.

After he reached adulthood, Yelawolf dedicated his efforts to launching his own professional music career. He appeared on the TV show The Road to Stardom with Missy Elliott, which was broadcast on UPN in 2005. Despite not winning the talent contest, he did go on to release a number of mixtapes, a move that garnered him a favorable following online. In fact, so determined was he to make his way in this business that he created his own independent record label under which he released his online mixed tapes. His business savvy paid off when he was signed to Columbia Records in 2007.

Yelawolf’s first solo album was recorded by Columbia and entitled Fearin’ and Loathin’ in Smalltown, USA. However, it never hit the major market because Columbia dropped him as a client a short time later. From 2007 to 2009, he continued to release mixtapes online until he finally signed with Ghet-O-Vision Entertainment in 2009. Under this label, he released his official debut album, which is called Arena Rap. Despite being relatively new to the hip hop industry, he has to date accrued a Yelawolf net worth of $3.5 million.

How Much Is Yelawolf Worth Now? 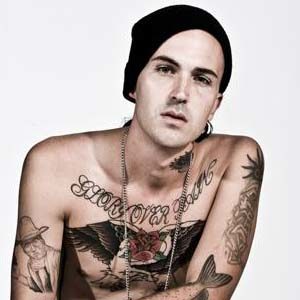 His Yelawolf net worth of $3.5 million presumably will grown now that he has continued with his career and made some important connections in this business. In fact, he is notably connected to iconic rapper and hip hop star Eminem. It was under Eminem’s tutelage that Yelawolf appeared on a major magazine cover with him and soon after signed to Eminem’s label Slim Shady Records. By 2011, Yelawolf had released his first major album under the Slim Shady label, an album that was entitled Radioactive. It was met with favorable reviews and also enjoyed commercial success on the market.

From 2011 until now, Yelawolf has gone on to release four more albums, as well as a number of mixtapes. He now regularly collaborates with fellow hip hop and rap stars like the group Blink 182, Travis Barker, Ed Sheeran, Transplants, Raekwon, Paul Wall, and Killer Mike, among numerous others. He most recently released his fifth album, called Love Story, in 2014. The album, like his others, has done well on the charts and contributed to his net worth.

In addition to releasing Love Story, Yelawolf also got engaged to his girlfriend, singer and songwriter Fefe Dobson. With his net worth increasing in pace with his career, it would be easy for a performer like Yelawolf to take advantage of his newfound wealth. However, he has gone on record in news interviews to say that his childhood poverty, along with a stint of being homeless in Berkley, California, made its mark on him. His performances and his songs are a reflection in part of how he encountered hip hop music and for what reasons he decided to join this particular genre of music.